Our 2022 Graduation speakers bring a diverse range of business acumen and embody the values we strive to uphold each day — innovative thinking, resilient leadership, and global collaboration.

During his four-year tenure as BET President, Mills sparked invaluable change that structured and positioned the legacy brand for future success in a rapidly evolving media landscape. Since his appointment in 2018, Mills expanded the BET brand well beyond the framework of a traditional cable network, into the multi-platform media powerhouse that it is today with the launches of BET+, a premium subscription streaming service; BET Studios, an innovative studio venture providing equity ownership to Black content creators; BET’s wide-reaching digital platforms and footprint; and much more. Bringing A-list content creators into the fold, Mills set new precedents for BET, and, by extension, Paramount Global, making the global media brand the largest commissioner of Black premium content through partnerships with Tyler Perry, Lena Waithe, Kenya Barris, Lee Daniels, and many others.

Under Mills’ executive leadership, BET will continue to build upon its 40-year legacy of entertaining Black audiences and its commitment to entertain, engage, and empower the Black community. Philanthropy has always been central to BET’s mission, however Mills’ dedicated social impact strategies have inspired company- and industry-wide change. One such example is Content for Change, a multi-pronged initiative that leverages data to effect societal change and combat bias, that was recently adopted across the entire Paramount Global organization. Whether investing in Black communities, discovering, and fostering Black creatives and talent, or rallying Black leaders across business, media, and entertainment to raise nearly $20 million in COVID-19 relief to support Black communities hit the hardest by the virus, BET remains the industry leader in Black premium content and steadfast in its duty to the Black community.

Alex Gorsky is Executive Chairman of Johnson & Johnson, and one of just seven leaders to have served in the dual role of Chairman and Chief Executive Officer since the company was listed on the New York Stock Exchange in 1944.

Gorsky began his Johnson & Johnson career as a sales representative with Janssen Pharmaceutica in 1988. Over the next three decades, he advanced through positions of increasing responsibility in sales, marketing, and management, culminating in being named CEO and Chairman in 2012.

Under his leadership, Johnson & Johnson reimagined how one of the world’s most iconic companies could meet the healthcare needs of families around the globe—powered by a more than 60 percent increase in R&D investments to $12 billion in 2020, as well as hundreds of acquisitions and partnerships that contributed to growth across its Medical Devices, Pharmaceutical, and Consumer Health sectors. As part of Johnson & Johnson’s commitment to serving more than a billion people each day, Gorsky oversaw significant breakthroughs in vaccine programs, including the successful deployment of the Ebola regimen in Africa and the end-to-end development of the Janssen single-shot COVID-19 vaccine in just 13 months.

During his time as CEO, Johnson & Johnson was consistently recognized as one of the most innovative and best-managed companies in the world—featured on the list of Fortune’s Most Admired Companies in each year of his tenure, recognized as a “Most Innovative Company” by Fast Company, repeatedly named to Fortune’s “Change the World” list, and ranked as the #1 best-run healthcare company in The Wall Street Journal Management Top 250 since its inception in 2017. Gorsky continually promoted a more diverse and inclusive culture at Johnson & Johnson, serving as the driving force behind many of the company’s DE&I initiatives, including a $100 million pledge to fight health inequities faced by communities of color in the United States.

Outside Johnson & Johnson, Gorsky’s influence has shaped both the healthcare landscape and the greater business community through his work as Chair of the Business Roundtable Corporate Governance Committee and as a member of the Business Council Executive Committee. Among other accolades, he has been honored with the Ripple of Hope Award by Robert F. Kennedy Human Rights (2017), the MLK Remembrance Award by the African American Leadership Council ERG (2018), and the BENS Eisenhower Award for outstanding contributions to The United States (2021). Gorsky currently sits on the Board of Directors of Apple, IBM, New York-Presbyterian Hospital, the Travis Manion Foundation, and Wharton’s Board of Advisors.

After completing his undergraduate education at the U.S. Military Academy at West Point, Gorsky served six years in the Army, earning the rank of captain, the Ranger tab, and Airborne wings. He earned his MBA from the Wharton School in 1996. Gorsky has been married to his wife, Pat, for more than 30 years, and they are the parents to one son, Nick.

In lieu of a traditional, in-person ceremony, the Wharton School saluted the Class of 2020 with 30-minute virtual celebrations.

Adam Grant, Saul P. Steinberg Professor of Management at the Wharton School and Professor of Psychology at the University of Pennsylvania

Alan Greenspan, Chairman of the Board of Governors for the Federal Reserve System 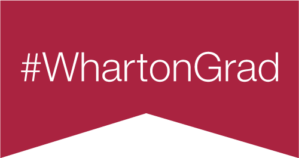